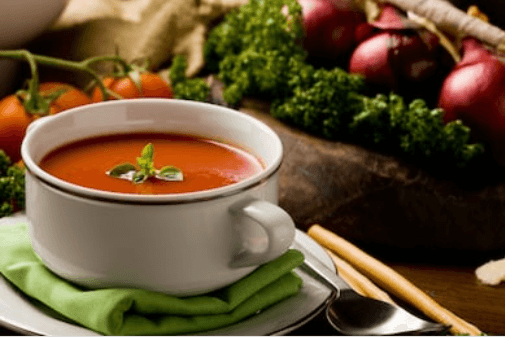 A pinch of history

For centuries, Poland has been inhabited by very diverse ethnic and linguistic groups, all of which have left a significant and lasting mark. The location of the country and its relations with other countries had an impact on the final shape of Polish cuisine. Polish cuisine in the Middle Ages was based on dishes from agricultural products (millet, rye, wheat), wild and farmed meats and fruits, herbs and local spices. The country was known primarily for the abundance of salt and the persistent presence of groats. High caloric value of dishes and drinking beer as a basic drink (unlike wine in southern and western Europe) was typical of medieval Polish cuisine. Beer and mead were the most popular drink for a long time, but over time, expensive wine appeared, imported mainly from Silesia and Hungary. Medieval chronicles describe Polish cuisine as very spicy, using large amounts of meat and groats. Indeed, medieval Polish cuisine used a huge amount of spices (compared with other European countries), mainly pepper, nutmeg and juniper. Thanks to the close trade relations between Poland and the Orient countries, prices of spices were lower in Poland than in many other countries.

A characteristic feature of the Old Polish cuisine was raw fasting, during which people ate mainly fish, vegetables and flour-based dishes. Poles pay homage to this tradition on Christmas Eve, when sweet and spicy carp or pike, red borsch, cabbage with mushrooms or kutia are served on the tables. Until the end of the 18th century, the Poles loved spicy dishes seasoned with black pepper, saffron, ginger and cloves. Exotic nature and variations of the taste of ingredients delighted food lovers. At the end of the 18th century, people began to appreciate local products more and more and decided that the taste should be simple and uniform. Chefs were more and more inspired by not fashionable novelties from the courtyard of Versailles (which at that time completely disappeared), but a folk cuisine, based on a romantic cult of nature. An example of such a change is the famous Polish bigos.

Polish food is the result of the best culinary traditions of neighboring nations (such as Czech, German or Austro-Hungarian). Subsequent partitions and assimilation of Poland with Russian, Prussian and Austrian empires left enough traces in Polish cuisine. It is not surprising that two world wars have kept the glory of Polish cuisine dormant for most of the twentieth century, although opinions are divided as to the pros and cons of food under the communist regime. Although it is difficult to describe the recent past as good or bad, few people would question the fact that Polish cuisine has experienced a huge increase in energy and sophistication over the last decade.

Polish cuisine was strongly influenced by geographical and political factors. The country is located in the climatic zone with cold winters. For this reason, vegetables, fruits and fish played a very important role in traditional Polish meals, which can easily be stored for 3-4 months. The food was preserved mainly thanks to the easily available fossil salt and subjected to the process of drying, marinating or light fermentation.

Today Polish cuisine is the effect of various influences and inspirations. It has long been possible to notice this culinary exchange since the beginning of the Polish state. When Mieszko I, the prince of Polanie, considered the founder of the Polish state, was baptized in 966, the first missionaries began importing wine and olive oil to Poland. In the 16th century, new customs and products (cauliflower, broccoli, asparagus and artichokes) were brought to Wawel, the royal castle in Krakow. To this day, we call some vegetables in Italian.

What was the exception of polish kitchen

Polish cuisine is generally challenging in preparation. However, there are special occasions when Poles devote a lot of time to preparing traditional food and then enjoy Christmas meals. A special menu is introduced during many celebrations. Traditional Polish dishes are very caloric but at the same time very tasty. Cereal grains, bred on rich agricultural land in Poland, are among the most important groceries in the country. These include wheat, rye, buckwheat and barley. Other important agricultural products are potatoes, beets, cabbage, carrots, mushrooms and pickles. Boiled potatoes are the most commonly consumed addition to meat, poultry or fish. Polish cuisine is dominated by meat dishes, which are prepared in many ways. Poles appreciate pork, chicken and beef, they also like to eat smoked and marinated fish, especially herring. Polish cuisine is also famous for its excellent bread and sausage. The dishes acquire an unusual and characteristic taste thanks to spices such as marjoram, dill, caraway, parsley and pepper. Polish menu is constantly enriched with a new taste, sometimes even exotic. In addition to restaurants with typical Polish cuisine in Poland, more and more places offer Asian, Italian, French and vegetarian cuisine.

Here are the things that make it impossible to resist Polish cuisine:

Polish cuisine represents typical Slavic flavors and is very rich in unique combinations. Check what is worth trying to get a broad overview of the most important Polish national dishes! 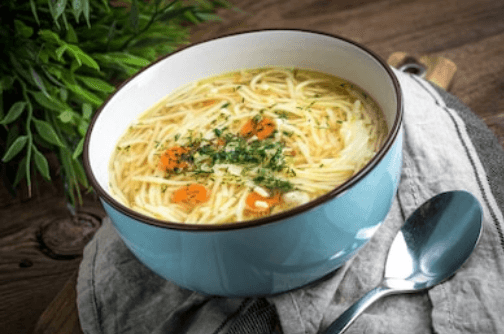 A traditional Polish dinner consists of three dishes, starting with soup, such as a popular chicken soup and tomato soup. In restaurants, soup is followed by appetizer, such as herring (prepared in sour cream or oil); or other meats and vegetable salads. The main course usually includes a portion of meat, e.g. a baked, breaded pork chop or chicken, with salad, shredded root vegetables with lemon and sugar (carrot, celery, roasted beetroot) or cabbage. Additives are usually boiled potatoes, rice or less frequently groats. Meals often end with dessert, including a poppy seed cake, a poppy pie, a napoleon or a cheesecake.

Dumplings are considered a national dish in Poland. They can be served with toppings, such as melted butter, sour cream or fried onion. The traditional method of salty filling is onions and a sweet method - serving them with cream and sugar. Dumplings can be stuffed with mashed potato, white cheese, sauerkraut, meat, mushrooms, spinach, cheese, duck, lentils or other ingredients that can be cooked. Desserts can be stuffed with sweetened cheese or fresh fruit filling, such as cherry, strawberry, raspberry, blueberry, peach, plum or apple.

The main components of cabbage stew are several types of meat cut into small cubes and a mixture of marinated cabbage and fresh white cabbage. The meat portion may include pork (ham, bacon, ribs, pork, etc.), beef, veal, poultry (chicken, duck, goose, turkey) and various types of Polish smoked sausage. The variety of meats is considered essential for a good cabbage stew. The mixture is pre-boiled in a small amount of water and allowed to stew for several hours. Cabbage stew is seasoned with salt, black pepper, juniper berries and bay leaves. Cabbage stew is strongly associated in Poland with the celebration of two major Catholic holidays - Christmas and Easter.

Meat-stuffed cabbage are formed by filling the leaves of white cabbage with stuffed rice and minced meat, served with a tomato or mushroom sauce. Meat-stuffed cabbage are stewed or roasted in a variety of bouillon flavors. They always taste best the second or even the third day. Cabbage rolls are often served during Christmas and for festive occasions, such as weddings.

In many Polish houses, sour rye soup is a traditional dish consumed during Easter. It is considered a strong part of Polish culture and has been consumed in Poland since at least the Middle Ages. Sour rye soup is a sour soup made of fermented rye flour with sausage, potatoes, egg and other spices. It has a specific sour taste.

Beetroot soup is a soup, one of the Polish national dishes. Includes beets as one of the main ingredients, which gives the dish a strong, red color. Depending on the variety, beetroot soup may contain meat or be vegetarian. It can be served both hot and cold. It is often served with hard-boiled eggs and/or potatoes, beans and toppings, such as small meat-filled dumplings. Beetroot soup for Christmas Eve is a variety of pure borscht, traditionally served during the Polish Christmas Eve supper. Beetroot soup is dominated by sweet and sour flavors.

Polish regions are characterized by a unique menu but only to a certain extent. The list of regional dishes is not so long, and most traditional dishes are considered national. For example, chicken stock is associated with Silesia. On the other hand, in Masovia, tripe and pork chop with cabbage and potatoes are served. In Lublin dumplings with buckwheat groats and cottage cheese are number one. In addition to some such regional dishes, the main dishes of modern and Old Polish cuisine are widely known and consumed throughout the country.