Japanese cuisine - simplicity, ease of preparation and freshness of products 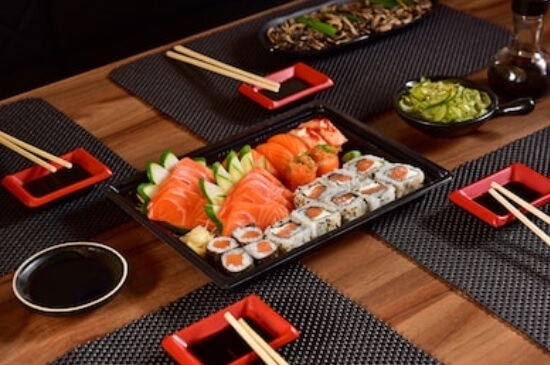 Outline of history of japanese kitchen

Japania is a country saturated with customs that have remained unchanged for many years. There are not so many cuisines of the world that would be associated with the world intangible cultural heritage of UNESCO. The pearl of this collection is Japanese cuisine. Small plates on the table, small pieces of food that are comfortable to hold with chopsticks, a clear look of the ingredients that make up a meal - it's a Japanese desire for the elegance of design and aesthetics.

The earliest evidence of the functioning of Japanese cuisine dates back to the Mesolithic and Neolithic times, when the main food of those times were fish, various types of wheat and mussels. The Japanese then used pots in which different stews were cooked. The famous Japanese shabu-shabu dish, also called the "one-pot dish", comes from this period. The main product of cuisine - rice - in Japan began to cultivate in the third century BC, being not only a food product, but also a monetary unit, the measure of the samurai award to the end of the nineteenth century. The rice stocks indicated the material wealth of the family.

With the beginning of the aristocratic era, Japanese cuisine gained its new inherent qualities. The food at the imperial court was elegant and unspoken, the sophistication and aesthetics of dishes appreciated, not their abundance. Everything that was on the plates took on a certain symbolism, the color of dishes depended on the season and events taking place at a given time.

Eating out in Japan gained popularity in the early eighteenth century. In modern Japan, the main feature of gastronomy, which distinguishes it from the rest of the world, has become the tradition of displaying cabinets with models of main dishes and prices for them at the entrance. All active life in large cities takes place around the subway and railway stations, and therefore most cafes and restaurants are located there. Food prices can be both quite reasonable and obscenely high. It all depends on the level of the restaurant, the range of dishes served and the quality of services offered.

Japanese cuisine - long-living cuisine. All over the world, Japanese cuisine is considered the standard of healthy eating. Geography - one of the reasons for centuries of Japan's closeness to the world - largely determined the originality of Japanese food. Originality is revealed not so much in ingredients as in proven cooking and serving methods. But the main characteristic feature of Japanese cuisine is attention to detail. These are important nuances and halftones, rituals and rules. Japanese cooks cook only fresh ingredients, so each dish becomes part of the natural cycle, a continuation of the idea of eternal change of seasons.

In the traditional Japanese cuisine, seasonality is important: each season gives its products to preserve the original properties. Fresh and grilled fish, pork in sweet and sour sauce, miso soup and of course rice are particularly popular here. In the Land of the Rising Sun, tea, sake with rice vodka and non-alcoholic beverages based on juices are drunk. Japanese cuisine is fundamentally different from the cuisines of other nations, including Asian, with a respectful approach to preserving the naturalness of food products, special presentation and etiquette of consumption. Many Japanese dishes are prepared from raw fish, which is why the freshness of the ingredients is strictly observed. Freshly caught seafood are sold daily on special markets.

The Japanese use a lot of pasta - wheat, rice, buckwheat. The soup, based on a broth with meat and noodles, ramen is a traditional daily meal of the Japanese both at home and in restaurants. Soy products are very popular, for example, tofu cheese is added to soups and salads.

Japanese dishes can be divided into three groups: rice dishes, pasta dishes and dishes with fish and meat. The degree of heat treatment varies from very raw meat and fish to dishes fried in batter at high temperature.

Tempura - shrimp, fish and seasonal vegetables fried in batter. This crunchy dish was brought to Japan by Christian missionaries.

Sukiyaki, "pot dish", as well as shabu shabu, boiled in a saucepan on the table, thin slices of beef, pasta, tofu and vegetables are added. Nothing complicated but the taste is very sophisticated.

Syabu-shabu - the principle of cooking is close to sukiyaki, although here a thin piece of meat is immersed in a pot of boiling water, so that the excess fat is removed from the meat and the calorie content in the dish is reduced. Broth with meat is traditionally seasoned with onions, cabbage and vegetables.

Sushi, known and loved by everyone, at first looked completely different. Previously rice and fish were carefully marinated and left for at least a year, and usually three - before eating. Modern sushi was given to samurai who appreciated the taste of raw fresh fish. It is thanks to their taste preferences that sushi has become so popular. As a rule, sushi is dipped in soy sauce and seasoned wasabi, or "Japanese horseradish".

Sashimi is a fillet of raw fish of various types, with the addition of soy sauce.

Yakitori is the favorite snack for alcoholic beverages in Japan. Chicken meat, vegetables and mushrooms on bamboo skewers.

Tonkatsu is a very popular dish of Japanese cafes. Like tempura, it is fried in deep fat, but it is not pork with soy, but with another, slightly sweet sauce.

Mushrooms are also widely used in Japanese cuisine. They give many dishes a unique exotic flavor. Mushrooms do not grow wild, but they are specially grown, for example, shiitake, they have been grown in the country for more than a century, and now they are spreading in Europe and the US, but here they are still quite expensive. 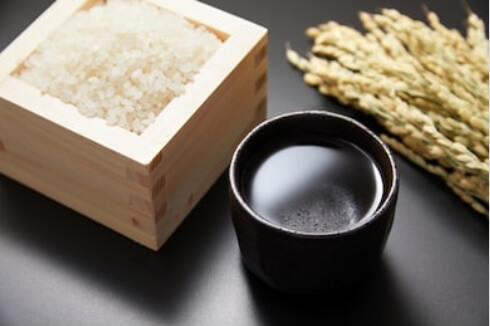 The technology of producing the most famous alcoholic beverage, sake, is similar to brewing beer, but the amount of alcohol in Japanese vodka is three times higher than in the case of beer. Sake is also called rice wine because of the rice and water content in its composition. Sake is considered a smart drink. No less popular in Japan is beer, which advertisements are usually decorated with smiling Japanese women in short skirts. In turn, fruit drinks with low alcohol content are popular among young people.

Japan has the highest life expectancy in the world: the average age of men is 79 years, women are 84 years old. And not only because of good genetics, highly developed medicine and effective state environmental programs, but mainly because of the attitude towards life of the Japanese themselves, including the nutrition culture. The secret of Japanese cuisine is the careful selection of products. The Japanese pay attention not only to their high quality but also to preserve the original taste and appearance. A daily diet is considered healthy if it contains at least 30 different ingredients. Diversity is one of the main national characteristics of islanders' food. In Japanese cuisine there is little fat and sugar, but a lot of rice, fish and vegetables. Japanese food may seem monotonous only at first glance. In fact, the Japanese diet contains all the necessary nutrients, vitamins and microelement that affect vigor and verve of life.

The Japanese national cuisine is one of the most original and unique in the world. Japanese cuisine is especially popular among tourists. Its main feature is minimal food processing. The food here is very simple, the heat treatment is minimal, and the maximum attention is paid to maintaining the natural look and taste of the product. The Japanese also enjoy seafood, seasonal products, characteristic table settings and food decorations in the kitchen. Sometimes the products are not cooked at all. A meal in traditional Japanese cuisine is a real ritual. The menu should vary depending on the season, and all participants of the meal adhere to strict and complex rules.