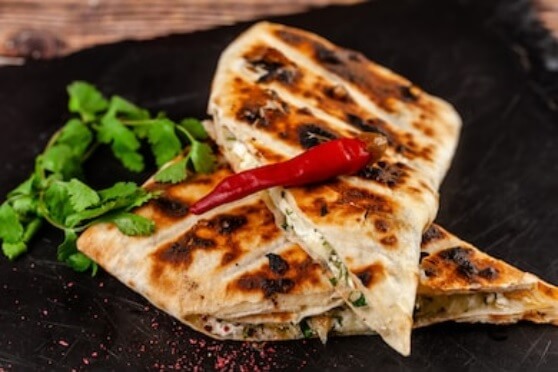 A word of introduction about georgian cuisine

In addition to specific attractions, each country is famous for its unique, in contrast to others, a cuisine that is proud, appreciates and loves. Georgian cuisine is a symbiosis of delicacies: a successful combination of meat and vegetables, seasoned with a huge variety of spices.

When talking about Georgian cuisine, it is impossible not to mention that in different parts of Georgia there are special features of national cuisine. Differences in cuisine result not only from natural conditions, but also from the fact that for a long time they were influenced by two different cultures: western part is under Turkish influence, while the eastern part - under Iranian. As a result, corn flour tortillas and cornbread are widespread in western Georgia. In eastern Georgiapeople like wheat bread as well as beef and lamb dishes. Fish dishes are common only in those areas that are located near the rivers. However, the main features of Georgian national cuisine remain common to all regions because its base consists of the same products, and cooking technologies are the same.

Georgians like to use open fire while cooking. In this way, not only meat and fish dishes are prepared but also cheese. The use of acidic environment to create the original taste and consistency of soups, as well as the use of various sauces to enrich the range of main dishes, can be attributed to the truly national characteristics of Georgian cuisine.

The national cuisine of Georgia includes a huge number of different snacks. Representatives of cold starters are undoubtedly lobio, made either from pods of green beans, or from boiled red beans with greens, for this dish you can add grains. Very popular are also dishes from young nettles, beetroot leaves, spinach and other vegetables.

In general, vegetables occupy a special place on the Georgian table. Without them you simply can not imagine a full feast in this country. They can be served raw or boiled, fried, baked, stewed, marinated, salted ... generally there are many options.

In addition to lobio, pkhali is also popular. Pkhali is a dish prepared from the leaves of spinach, asparagus, beets and cabbage with the addition of nuts, herbs and onion.

Chogi is also popular with Georgians. Chogi is a vegetable appetizer made of dried dogwood, roasted beets and green onions. Each ingredient is prepared separately and then everything is mixed.

A Georgian feast can not do without cheese. Cheese is an essential ingredient of the national cuisine of Georgia. They are used to prepare many dishes, and are also served as a separate snack. Suluguni cheese has a distinct sour-milky taste. Imereti cheese is made from the milk of various domestic animals, matured in brine for several months.

You can not imagine Georgian cuisine without sauces, which locals like to add abundantly to all kinds of dishes. Sauces in Georgia can be both hot and sour. Satsebeli, tkemali, bazhi, adjika are the most popular types of sauces.

The technology of creating Georgian sauces is quite simple. It consists of two main activities: cooking mashed potatoes or fruit juice and chipping nuts, spices and garlic to obtain an emulsion or a smooth paste. Thanks to fruit and berry juices, sauces acquire an unusual acrid-sour taste, which is often confused with "piquancy". However, spicy herbs used for the production of sauces are extremely fragrant and aromatic, which in effect affects the unusual smell of Georgian dishes.

Satsebel is prepared on the basis of fruit and nuts. Its main ingredients are: chicken broth, walnuts, juice from immature grapes (pomegranate, blackberry or a mixture of these juices), garlic, saffron, coriander, red pepper. This sauce can be both hot and cold.

Adjika is one of the most spicy sauces in the Caucasus. It is made of red pepper with salt, herbs and garlic. The traditional color of this sauce is red, but it can also be made from immature peppers, then it will have a green color.

Bazhi sauce - nutty, seasoned with garlic and spices. Suitable for all types of dishes. 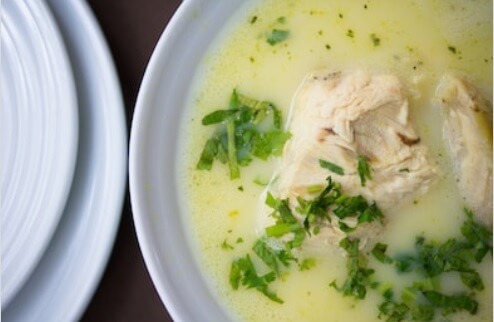 Soups are also very popular in Georgia. Soups are divided into meat, vegetarian and dairy. Almost all Georgian soups are cooked without vegetables, but are seasoned with a farinaceous sauce or raw eggs. The unique taste of soups gives a pleasant sour taste of yogurt, wine vinegar and fruit juices. The most popular soups in Georgian cuisine are hashi, charczo and chikirtma.

Hashi - strongly flavored with garlic broth, boiled from beef entrails, legs and bones of the head. According to tradition, hashi should be eaten in the morning. It's a very high-calorie, nutritious and healthy dish.

Charczo - beef soup with rice and walnuts on a special acid base - tklapi. The combination of delicate taste of beef broth and rice with natural tklapi acid and spicy green dressing and slightly astringent aromas of nuts creates a characteristic taste and smell of this soup.

Chikhirtma is a thick mutton soup or mostly of chicken meat (chicken, turkey) with the addition of beaten eggs and flour. In addition, mint and saffron, also coriander, celery, parsley and basil, are added to it.

Bozortma - a soup of oily lamb or poultry with a slightly sour taste. Meat is stewed with onions and tomatoes and spices. The soup is seasoned with garlic, dill, mint, coriander.

Khashlama - a delicate veal soup with parsley and celery roots, seasoned with garlic and parsley.

Shechamanda - vegetarian soups without vegetables and cereal flakes with flour dressing based on matsoni, nuts, sour fruits and greens.

The main feature of Georgian cuisine is the lack of restrictions on the choice of meat (as for example among Muslims), and cooking is widely used beef, lamb, pork and poultry.

Chakhokhbili are pieces of chicken (or other poultry) stewed in tomato sauce. The peculiarity of preparing chakhokhbili is that it is fried in a pan without fat. Then tomatoes and goulash are added in the vegetable juice.

Borani is a main course, which is a combination of separately cooked tapak chicken with a lot of steamed matsoni steamed vegetables. Vegetables used during cooking include spinach, green beans and eggplants, as well as many spices.

Mtsvadi is a Georgian shashlik. It differs in its special aroma and juiciness. It is mainly made of beef.

Tapak Chicken - meat with chanterelles is fried on a wide "tapa" pan. Such a dish is often an intermediate for other dishes of Georgian cuisine. Therefore, the tapak is usually fried without spices, except for salt, and sometimes red pepper is added.

Kebab - a dish of minced meat. Fragrant minced balls are coated in breadcrumbs and stewed with broth and spices.

Buglama - lamb stew with spices. Juicy pieces of lamb are stewed in fat, then chopped onions are added, the broth is poured and seasoned with ginger or safflower extract, garlic, tarragon, coriander, dill, mint, green cloth, salt and pepper.

The most famous Georgian dessert, whose name was remembered by everyone who visited the shores of the Black Sea, is the churchkhela. These are nuts threaded on a string and soaked in concentrated grape juice. Kozinaki (or gozinaki) also belong to national dishes of Georgia. They are a mixture of nuts and honey. Pelamushi is another national dessert. It is made from an extract of grape juice, flour and sugar.

Georgian cuisine is the main attraction of this country. Because a traditional Georgian feast is already an integral element of the general culture of people, it should correspond to this high level. Since time immemorial, Georgians have tried to make their cuisine not only magically tasty, but also light, original, exquisite and unforgettable. That is why Georgian cuisine has absorbed the best culinary traditions of many people of the Transcaucasia, as well as Asia and the Black Sea. For the guest of honor there is only one concept of "Georgian cuisine", and the preparation of its tastiest dishes requires the freshest ingredients, the obligatory presence of sauces, spices and fresh vegetables.