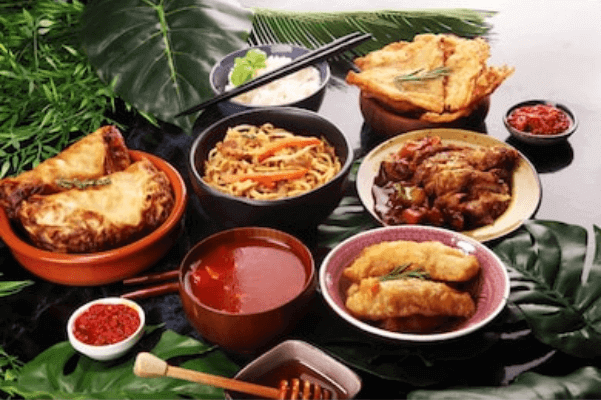 China is an ancient country with a 5000-year history. Chinese culinary culture and cooking art is part of the history of civilization. China is extremely rich in attractions and attracts tens of millions of tourists from around the world every year. Delicious food while traveling is an important element of a successful trip to this amazing country. Chinese cuisine, with its rich history, uniqueness, variety of styles and traditions of cooking, is undoubtedly an important component of Chinese culture. Chinese dishes are known for their color, aroma, taste and attractive appearance. Food is particularly important for Chinese people.

The history of Chinese cuisine begins with the Neolithic, with the passage of time in different regions appeared their own preferences depending on the climate and court fashion. Over time, foreign ingredients and culinary traditions have been incorporated into Chinese cuisine. There are specific culinary specialties characteristic of people of different social classes and nationalities. The most famous Chinese dishes include Peking duck, dim sum, fried rice and turtle soup.

Chinese people appreciate gastronomy and eat many local plants and animals. Nevertheless, cereals have been the basis of the Chinese diet since the beginning of agriculture, and meat is consumed in relatively small quantities. Cooks in China had the same status as important officials. Many thinkers thought cooks were worth following because the ruler must feed his people well.

In antiquity, cooking was strictly regulated by law: for example, the emperor could eat both beef and pork and lamb, and the miners only lamb. In the early historical period, cooking methods such as salting, drying or marinating meat were already known. The first among the cereals were millet (in the north) and rice (in the south), then the Chinese began to eat barley and wheat. The fruit was also willingly and regularly consumed.

It is believed that the first Chinese cookbook for ordinary people was created by artist Ni Jian: he described in it the methods of cooking molluscs, chicken, mushrooms, wheat gluten, alcoholic and non-alcoholic beverages. Probably the first known surimi recipe is included here. Most recipes are simple, although there are several delicious dishes. Until the Ming and Qing dynasties, regional cuisine became widely available and, generally speaking, cooking became similar to modern cuisine.

The specificity of chinese cuisine

China is a country where everything strikes the imagination: history, culture, art, nature. Chinese cuisine is one of the most unusual in the world. The Chinese traditionally eat with wooden sticks, which requires great skills, provess and culinary skill. In addition, ingredients for the preparation of many Chinese dishes are quite specific: snake meat, shark fins, various small animals and insects.

Chinese cuisine is distinguished by a large amount of vegetables and fruits. Chinese people do not like fried food, so they use a small amount of butter when frying. Chinese dishes contain a large number of nutrients. Traditional dishes are dominated by salty dishes, dishes with spicy spices, as well as a huge selection of different sauces. However, the ingredient of all Chinese dishes is rice.

One of the main principles of Chinese culinary specialists is: "there are no bad foods, there are bad cooks". It is worth noting that dishes in this country are served in reverse order than accepted European traditions. The Chinese first drink tea, then serve cold snacks, followed by hot main dishes, rice and finally soup. Another interesting feature - in addition to five known flavors (sweet, salty, sour, bitter, spicy), in China there are three more - fragrant (dish prepared according to all canons and Chinese traditions must have a unique flavor), fresh (for Chinese people it is bread and rice) and golden taste (the taste of kumquat is a dwarf oranges, a family of citrus fruit that strengthens health). Therefore, national cuisine is a special aesthetic and historical part of Chinese culture.

China is a huge country, therefore each region has its own national cuisine due to the climatic features, geographical location, history and traditions of the region. There are more than ten regional cuisines in China, but Beijing cuisine, Shanghai cuisine, Cantonese cuisine and Szechuan cuisine are the most well-known and popular. 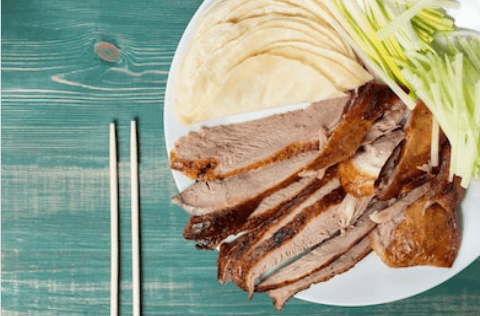 Rice is grown mainly in the north of the country, so it forms the basis of the local cuisine. Rice serves as an independent dish for breakfast, as well as an addition to meat, fish and vegetables. Also in the Beijing cuisine, special attention is paid to meat dishes, especially lamb and the famous Peking duck. For the preparation of this dish they use a special breed of birds grown on special farms with a specific diet, resulting in the duck meat becoming quite soft and juicy, and the skin is very thin. According to tradition, Peking duck should be cut into one hundred and twenty pieces, each of which should contain meat, fat and a crunchy crust. 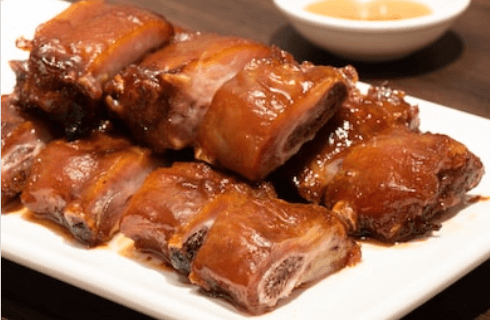 Cantonese cuisine, southern, is characterized by the abundance of fish dishes, and thanks to the Ming dynasty, many dishes are also extremely refined and unusual. In addition, to Cantonese cuisine is famous for unconventional recipes, including cat and dog meat, snakes and various insects. Tea - houses are also common in this region, where you can not only drink traditional Chinese green tea, but also read a newspaper, hold a business meeting or just relax at a meeting with your family. 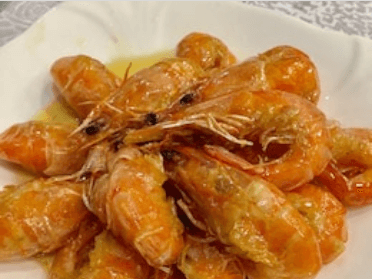 Shanghai cuisine has fully embraced all the culinary traditions of two neighboring provinces - Zhejiang and Jiangsu. They prefer meat dishes with the addition of rice vodka, as well as various spices that give meat (usually pork) a dark red color. Eel, octopus, freshwater crab and other exotic seafood dishes are traditional for Shanghai cuisine. This is where famous tofu is prepared - bean curd, which has a rather peculiar smell. 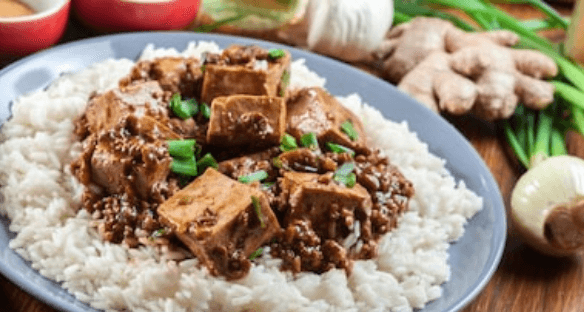 Sichuan cuisine is considered probably the best in China. This region is surprisingly fertile and everything you can cook here is worthy of the emperors themselves. The most often used are various spices, and the main method of cooking is steam treatment or smoking. The most popular dishes of this cuisine are young chicken with peanuts, duck baked in green tea leaves, as well as original Chinese dumplings.

In China, people try to eat as much vegetables as possible, a special place is occupied by Chinese cabbage. When it comes to meat, the Chinese especially love pork and poultry, especially duck meat and young chicken. In China, people eat food strictly three times a day, lunchtime at noon, and dinner at six in the evening. In honesty, it should be noted that the residents' diet is quite modest, the ordinary Chinese can afford all culinary delights only for special occasions.

Soup in China is considered a healing food. The fluid cleans the body, and individual components probably cure illnesses, improve mood and provide immortality. During important holidays, the soup is served to clear the mouth of the previous dish. Most soups are boiled in chicken or pork broth (they have a faint smell). Vegetable broth based on seasonal lettuce or Chinese cabbage is also popular. This is often served free of charge as an aperitif, in a glass or cup (included in the price of the order).

An important place in the Chinese diet is soy products. 80-90% of adult Chinese do not tolerate lactose, so soy milk is more common on the market than zoonotic. Another important product for the Chinese - tofu, curd cheese from soy milk, rich in protein. Tofu does not have its own unique flavor, so it is simply a "chameleon" while cooking. Soft tofu is used for making sweet puddings, sweets, salads and soups. In contrast, hard tofu is smoked and fried - this is how spicy snacks are made using red peppers and spicy Sichuan sauce.

Although water is the real national drink of China, local tea is better known abroad. A cup of tea is a way to say "thank you", a sign of family reunification and an important mediator in relationships. Another popular drink among children and adolescents are freshly squeezed fruit juices. The most popular flavors are mango, papaya, dragon eye and citrus. Often the drink is served with whipped cream and pieces of fruit.

A meal for Chinese people is a social thing. It's an act of community, the ability to be with friends and family. The main meat and fish dishes were originally intended for two people, so you could share them with someone. Many Chinese call their spouses or children via video link during dinner.

Because China is very attractive to tourists, and Chinese cuisine is extremely tasty, a trip to the world of Chinese cuisine will undoubtedly offer a wide selection of delicious delicacies and allow you to enjoy the best dishes straight from the heart of China.